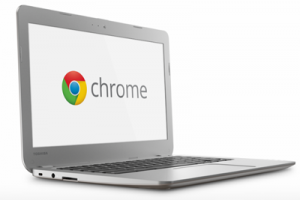 Much has changed in the cloud-based-desktop world of the Google Chromebook .

While I still don’t believe Chromebooks will come close to conquering the business market anytime soon, Chromebooks do have a place. And they’ve demonstrated that the cloud-computing model works.

Here are a handful of reasons why the platform works, where it works best, and how it can be awesome…

But one fact is not in dispute: Chromebooks are cheap. With the price of most low-end Chromebooks near a $200 price-point, the devices are extremely attractive for cost-conscience consumers.
And, since Chromebooks are for the most part a Web browser, running full-time on hardware optimized for the job, the platform is easy for most newcomers to pick up and use, with minimal fuss or learning curve.

As much as some people pretend otherwise, Google’s alternative office offerings—Google Docs and QuickOffice—aren’t even in the same league as Microsoft’s Office 365. But this doesn’t mean Google Docs or QuickOffice are useless. For non-professionals and home users the lightweight Google Docs plus Chromebook combination is good enough.

And this situation has recently improved somewhat: Microsoft has officially placed Office Online applications on Google’s Chrome Web store. And though Chromebooks were able to run Office Online before Microsoft added its wares to the store, its very presence sends a message that Microsoft considers the Chromebook platform worthy of consideration for its own “good enough” version of Office 365.

Most other Chrome applications are of a similar nature: They’re good enough for basic, none-too-complex tasks, games, and streaming media. However, power users and professionals will likely remain unsatisfied with the limited functionality of most Chrome Web apps.

This situation will improve as bandwidth availability and speeds increase, higher specification Chromebooks are manufactured with the business professional in mind, and cloud software improves to match the speed and features found on locally installed applications. But we’re not there yet.

4. Chromebooks Are Popular In The Education System
Of all of the segments of the desktop market, Chromebooks have had the most success in the education sector.

There are several reasons for this phenomenon:

Low hardware cost (attractive to cash-strapped school systems),
partnerships with solution providers,
Google Apps for Education,
further courting of educators with Google Classroom,
ease of deployment and long battery life.
5. Chromebooks Are Better At Video Conferencing
Current WebEx offerings on the Chrome Web store are mainly limited to instant messaging apps, but Cisco and Google have announced they are partnering to bring WebEx and Cisco Web conferencing to the Chromebook platform.

The Bottom Line
Chromebooks aren’t the be-all-and-end-all for business professionals and power users. But that doesn’t mean the platform is useless.

For many consumers, a Chromebook’s ability to integrate with Google’s ecosystem, its low cost, long battery life, and its ease of use is not only good enough, it’s awesome.
Like many other aspects of cloud computing, it’s not a question of if, but of when. Stay tuned for more discussion of tomorrow’s business.

Your Desktop In The Cloud: 5 Reasons Why Chromebooks Are Awesome
Share Now